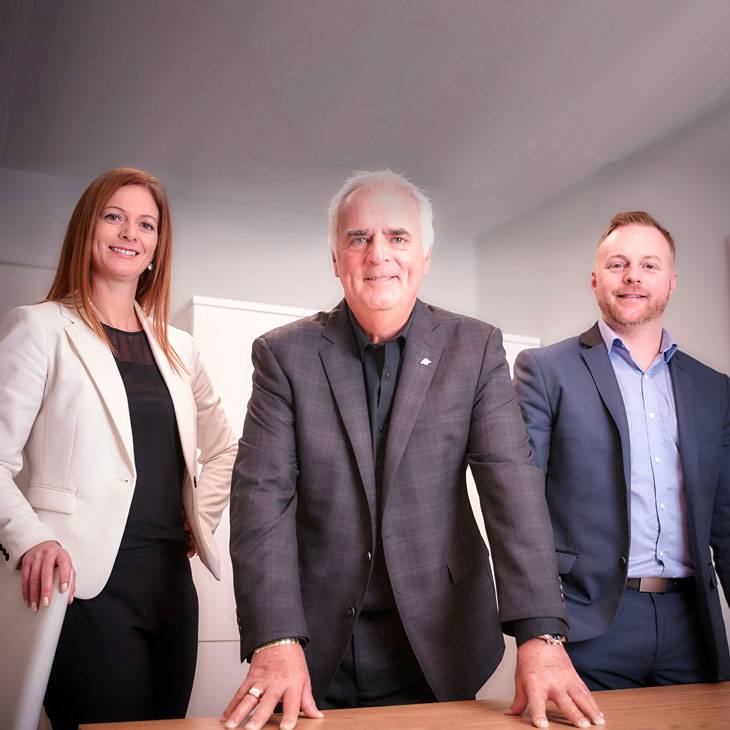 It is with great pride that the founding President of Lamontagne Chocolate, Mr. Richard Lamontagne, announced that he now has two equal partners: Tina and Danny Lamontagne, his children.

The news was greeted with great enthusiasm in the crowd, mainly composed of employees: this move confirms the family’s desire to ensure the company’s future and the growth of the Lamontagne brand.

“Each and every business owner is concerned with succession planning; I am very lucky that my children are not only interested in doing so but are particularly competent to do so. Their passion is inspiring! It’s a great source of pride for me,” Mr. Lamontagne said.

Tina then spoke, “I am extremely happy and a little moved by this mark of confidence. I obviously have a strong attachment to Lamontagne Chocolate, so I am glad to be directly involved in the continuation of this beautiful adventure!”

“It’s really stimulating and motivating to go to work every morning, because I’m passionate but also because we really have a great team! It is also very rewarding to create jobs – good jobs – in our region,” Danny concluded.